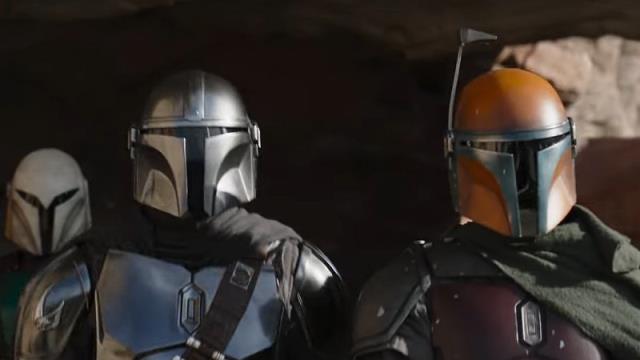 We finally got our first look at the teaser for the much anticipated third season of The Mandalorian at D23 this weekend. With the earlier announcement that many of these Disney+ shows taking place between Return of the Jedi and The Force Awakens will eventually cross over in some way, I thought it would be nice to take a quick look at what this short teaser might allow us to theorize about this future project.

One word: Mandalore. If you ask me, that is where all these shows are heading. And Season 3 of The Mandalorian is only the beginning of this. Considering Mandalore is being heavily featured in this teaser and the build-up in Season 2 with Din Djarin becoming the owner of the Darksaber it seems very likely that Season 3 will build to some kind of story about the rebuilding of Mandalorian civilization.

I believe that out of this two conflicts will arise. The one that will be most prominent at first is like a battle between Bo Katan and Din Djarin. From the trailer we can gather that at the very least Bo Katan is not very happy with Din and the Children of the Watch. Considering Bo’s entire purpose in Season 2 was to find the Darksaber so that she could retake Mandalore after its destruction by the Empire, it wouldn’t be surprising that she might hold a grudge towards Din specifically either. This is what I believe the coming seasons of The Mandalorian will deal with: rebuilding Mandalore and choosing who will lead it. Maybe even Boba Fett will be more interested in the planet now, and use the assets in his newly built criminal empire to either help Din or try and take the throne for himself.

The second conflict, and the one that the other shows like Ahsoka and Skeleton Crew might also build towards will be more focused on the Empire and whatever scientific experiments they are conducting. We’ve seen hints of this in The Mandalorian, with Moff Gideon being obsessed with Grogu’s blood. Both Jon Favreau and Dave Filoni have stated that eventually these shows will also connect to the Sequel Trilogy, so I believe that we’ll see some sort of origin for the First Order play out on Disney+ eventually.

My final theory for the end of this trajectory though, is that Grogu will end up being Mandalore. He will be the one to rule the planet his father will unite and fight for. Him rejecting the Jedi Path will most likely be a permanent thing, and though we still have time to learn how he even escaped the events of Order 66, Grogu’s future, at least I believe, will be about Mandalore.

I personally can’t wat to see how these shows are going to cross over in a few years. The Mandalorian started a great new era of Star Wars storytelling that has a lot of potential to bridge the gaps between the movies.