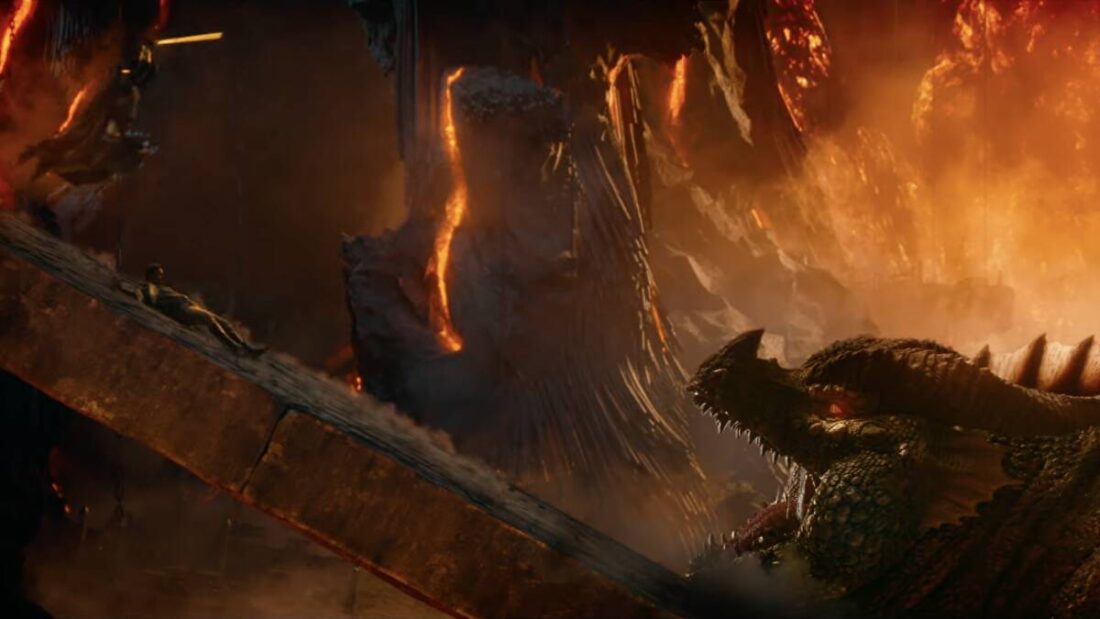 So we’ve finally gotten our first look at the upcoming movie “Dungeons and Dragons: Honor Among Thieves“. Last year, when it was reported that the movie had wrapped filming, I already posted an article about how I would personally like to see the project handled. So looking at the trailer now, I thought I’d give a bit of an update on my thoughts about the movie.

So as you probably already guessed by the title, I’m not the biggest fan of what we’re seeing here. Even though I was expecting it to be the case, Honor Among Thieves mostly looks like a fantasy-movie set in the world of Dungeons and Dragons rather than being a representation of what it’s like to play Dungeons and Dragons. But of course, we’ll not know for sure until the movie actually releases.

Now to be honest, I could not care less about the fact that the druid character in this movie wildshapes into an owlbear, even though that is not possible in D&D 5th Edition. If a player in one of my campaigns would be at the required power-level to become an owlbear, I will let them become an owlbear. When I see that “rule” being broken in a trailer I really do not care. My disappointment mostly stems from the fact that everything seems to be made to fit into this world, it’s lore and the general feeling we kind of expect from it, but that in the process of making it more tangible for a wider audience it kind of loses some of the magic.

I get that D&D is not something everyone knows inside and out, so you have to make it approachable for those general audiences. It’s just that even though I think it’s really cool to see a black dragon actually spit acid, it also feels a bit weird to see pretty much only regular humans and elves walking around. And yes, I know the druid is a Tiefling and that Tieflings can look human-like, but when you look at all the amazing and unique races D&D has to offer, not even seeing a Halfling just feels like a letdown. But then again, that’s not to say they won’t be in the final product! It’d be unfair to already judge the entire project on just these two minutes of footage, but I still want to voice these pieces of criticism.

There is some genuinely neat stuff in here! I’m excited to see the Underdark put on screen, to see the Harpers and a city like Neverwinter. The big arena-sequence from the later parts of the trailer seemingly has these 5 by 5 blocks to create the battlefield, just like it works in a regular game of Dungeons and Dragons. That’s the kind of stuff I’m excited to see, because it shows the actual game of D&D in the D&D movie. It actually represents the property it’s based on instead of just looking at the game and making a movie with those elements that you will find while playing.

Again, I think the trailer is pretty fun. In terms of tone it actually does kind of feel like a D&D type of adventure with the party not really being great people, but they messed up and need to rectify that mistake. Bottom-line I think we’ll get a fun fantasy adventure movie that has nice little nods to a game I absolutely adore, but even though it seems even more unlikely than when I initially talked about this movie, the best-case scenario (at least in my opinion) is still one where this movie turns out to be an adaptation that takes every aspect of D&D into account, be it in a meta kind of sense, to basically show what the in-game world of a D&D campaign would look like. We’ll see eventually, and I’ll be seated to find out.