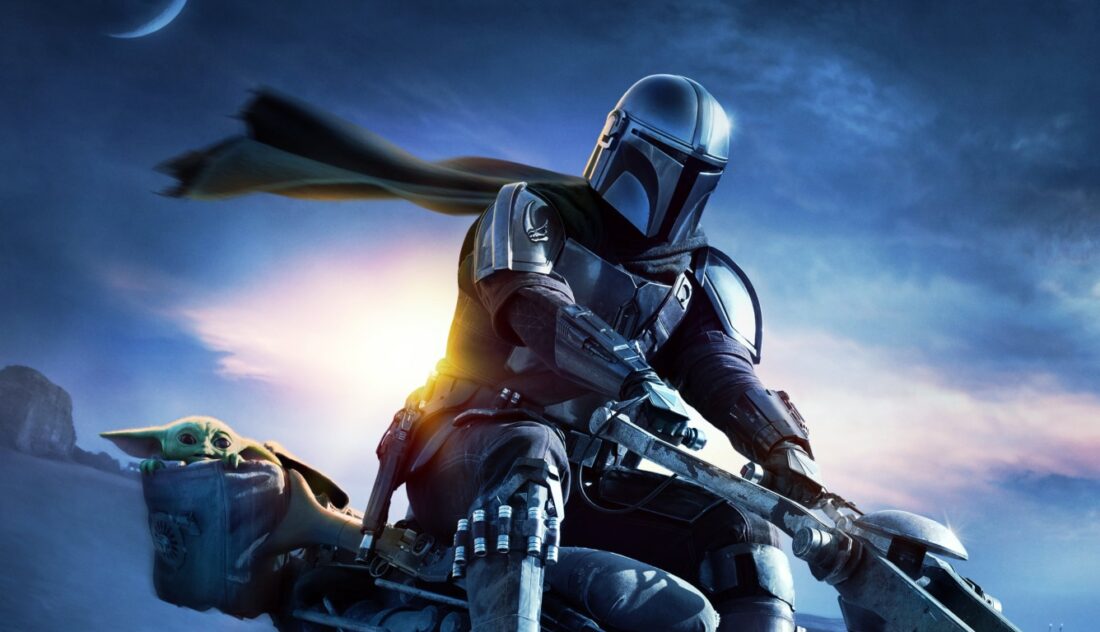 The Mandalorian is back! After what felt like an eternity we can finally see what new adventures Din Djarin and Baby Yoda will experience over a brand new season of the show! In similarly to earlier episodes of the show, this episode was both self-contained and progressive for the plot. In just the intro we get to know what Mando’s goals are exactly. He wants to find other Mandalorians so they can help him track down The Child’s species, which he believes to be the Jedi.

We start out with Djarin questioning some sort of crime boss in the fight club that has been heavily featured in the trailers. The gamorrean guards fighting in the ring were really cool if you ask me. After the crime boss tries to take Mando’s beskar armour he gets tied up to a lamp post and tells our protagonist that he knows of a Mandalorian residing in Mos Pelga, Tatooine. There we return to the mechanic lady and her pit-droids, which was fun. We also get to see R5-D4 again! If you don’t remember, that’s the droid with the bad motivator from A New Hope! Arriving in Mos Pelga, Mando meets Cobb Vanth, the marshal of the town, who sports a very familiar set of Mandalorian armour. It is the armor of the one and only Boba Fett, who is revealed to be alive at the end of the episode, but more on that later.

Mando of course doesn’t like someone wearing this armour without actually being a Mandalorian, so he wants to fight Vanth. But their duel inside the cantina is cut short by a Krayt Dragon storming trough the settlement. The marshal recognises he can’t face that threat alone and asks Mando for help. If Din helps him kill the beast, he’ll return the armour to him. Mando agrees and they start travelling to where the dragon resides. During the trip we learn more about Cobb’s history and how he acquired the Mandalorian attire he now uses to defend the settlement from Tusken Raiders and similar threats.

Not everyone might know this, but Cobb is actually an already established character from Chuck Wendig’s Aftermath books, where he is also hinted to wear Boba Fett’s armour. During their travels, the two partners encounter a band of Tusken Raiders, with whom they will now work together to defeat the Krayt Dragon. They’re still short on manpower though, so they decide to also recruit the settlers of Mos Pelga. It’s a classic story about two cultures working together to face a common enemy, but it’s told very effectively.

The battle with the Dragon really shows that this shows production value is trough the roof! The CGI is insane and the Krayt Dragon itself looks absolutely incredible. It is a very exciting sequence. When the Dragon is eventually defeated Cobb returns the armour, and Mando returns to Mos Eisley. But we as the viewer are left with a shot of Temuara Morrison, Boba Fett, gazing upon him.

This episode was insane. As I said, it felt pretty self-contained but it was also a very good set-up for what to expect from the rest of the season. Not all fan-service was subtle, although some was, but I don’t really mind. I as a fan, can appreciate fan-service a lot. I am very excited to see where we will go from here and can’t wait until it’s Friday again!
This is the Way!