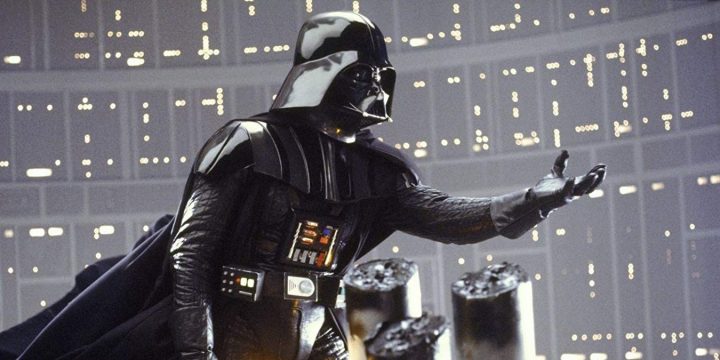 The Empire Strikes Back is my favourite movie of all time. When I heard it would be back in theaters I screamed and bought tickets, (I only did one of those things, guess which) because I could FINALLY see my most beloved movie in theaters!

Because trust me, if you’ve never seen this movie in theaters… It’s the best experience I have ever had. Also, let me say that I am extremely biased when it comes to this movie. I can’t say a bad thing about it. Everyone should experience it! But now I am gonna go to the movie itself and explain why I think it is so good.

If a studio makes a sequel to a good product, you should always ask yourself if a sequel is justified. Can you keep exploring these characters? Is there kind of a mythology to be explored further? Can we introduce characters, concepts and locations that expand the universe and maybe alter the motives of characters in a meaningful way? If you ask me, Empire is that kind of movie.

This film takes the already great foundation of the first one and knows how to deliver a sequel that is better in almost every way, but also manages to keep that magic that made it’s predecessor so good and even expand upon it. Where we mostly saw The Force as this thing to let people do what we want them to do and blow up giant space balls in A New Hope, here we learn a lot more thanks to the introduction of one of the most iconic green puppets in the world: Yoda. This little guy is the one who teaches Luke, our main character searching for a “great warrior” to become a fully-fledged Jedi, and to some extent us as the audience that you don’t have to be a 2 meters tall, big muscled tough guy to be a great warrior. Even though, in his own words, “Wars not make one great.” It is incredible how Frank Oz and the team brought this now instantly recognisable character to life.

The film sets itself apart from the first one almost immediatly by having its first major location not be a space ship or a desert, but a snow planet! The fact that this is also where the first big battle of the movie takes place is also a step forward, with new concepts in the AT-AT adding to the feeling that the Empire is not at all beaten because of the events of the previous film. Something also made clear by making an Imperial Star Destroyer the first thing seen in the movie and it keeps doing that troughout the whole thing.

This movie is a lot darker than A New Hope. But it definitly isn’t a gritty no-fun thriller. It combines its darker tones with silly, more innocent jokes. The story feels a lot more personal now, as there isn’t a giant weapon somewhere which has to be blown up. It allows for characters to visit more places at an easier pace, with problems and incidents feeling more like they could have been avoided, which speaks to our humanity. Of course this one thing could have been avoided, but you didn’t know it would happen. Nothing you can do about it now.

And last but not least, the elephant in the room, “No, I am your Father.” Chills everytime, but in the cinema this was so incredibly good. It felt like the music was 10 times louder when they said that. It was unforgetable. AND, the scene where Yoda lifts the X-Wing out of the water… tears. Literal tears.

This remains the best movie I have ever seen. Nothing can top it and seeing it in cinema’s has only strengthend my resolve. Perfect Score!