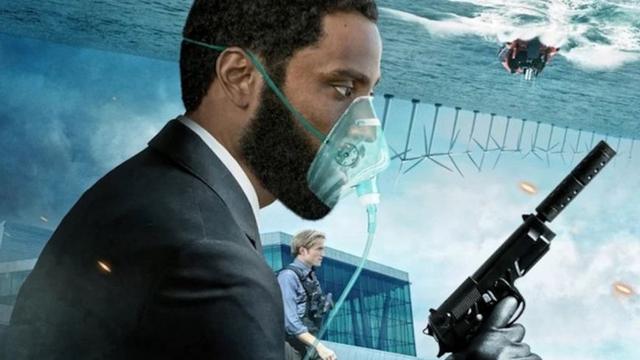 I’m gonna be entirely honest here, I don’t have a lot to say about this movie. So this is gonna be a quick one.

Tenet is good, you should go watch it. I saw Inception for the first time a few weeks ago and I absolutely loved it. The acting was top-notch, great special effects and while you had a general idea of what was going on it was still confusing enough to have you think about it every now and then. But then I remembered that Christopher Nolan (who was the director of Inception) had another movie coming up.

After having seen the trailers I was pleasantly surprised because it seemed like it would just be Inception with a new gimmick. Well, I was stupid there because these movies are nothing alike and looking back I don’t know how I could have linked Inception and Tenet as “the same movie but different”. But not to worry, for as different that they are, the quality is exactly the same.

The best way to view Tenet is described in this line: “Don’t try to understand it, feel it.” You will not get how the time-reverse gimmick works and if you say you do you’re lying. The story jumps around all the time but it still gives the viewer time to adjust to the new environments. The story is…. About saving the world with some time-travely shit… It is really weird, when you are watching the story is confusing but it is still clear what is happening. But once I got out of the cinema I just wasn’t able to recite what really happened. Names are thrown around with people that are never even seen on screen… or are they?

And that’s the thing with Tenet. Just like in Inception you can keep speculating about the story and the characters. There were a few moments though, that I felt were undercut if you pay high attention, but those are just minor issues if you look at how much good stuff there is.

In the title I described this movie as: Explosive and bombastic, which is largely because of it’s incredible score. I only remember one scene where there wasn’t any music playing and that felt kind of weird. It immediatly stood out. Ludwig Göransson, who also scored The Mandalorian, did an amazing job. Without the music, this movie really wouldn’t be as good as it is now.

Tenet is an action-packed rollercoaster, that combines it’s weirdness with a lot of surprises (some more surprising than others), great acting, incredible special effects and an unbelievable score that can only make me say that I am certain, this is a classic still loved 30 years from now.