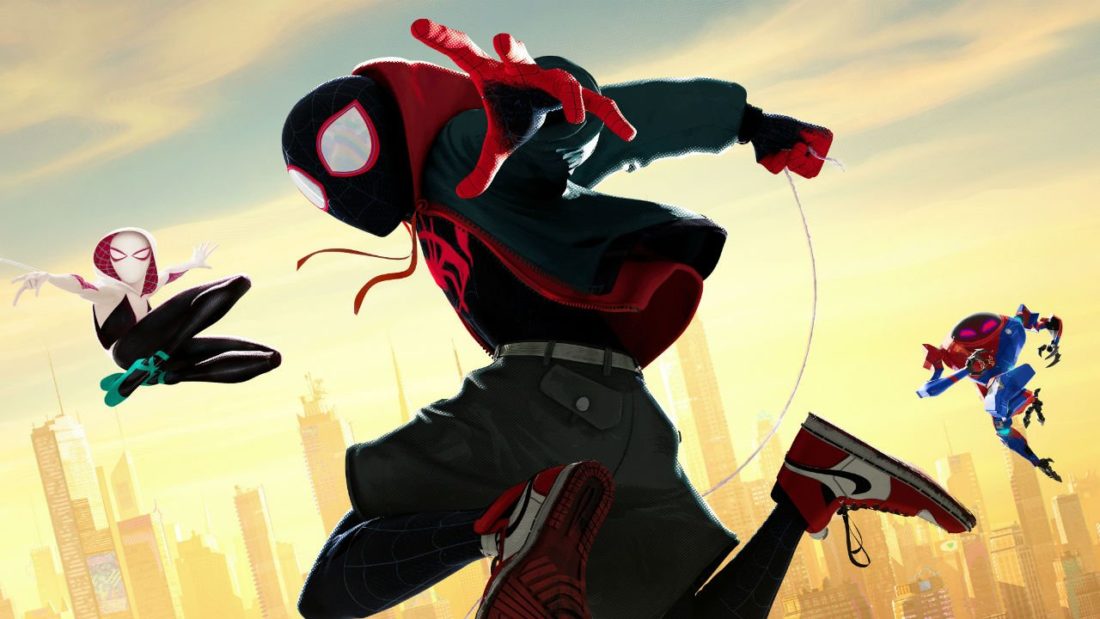 I have a lot of comic books. Like, boxes full of them. And most of them are Spider-Man, or at least have some relationship with the character. They’re mostly old comics from around 1975 to 1982 but I have quite a big collection of them. For one of the series I almost have the first 100 issues!

As you can see, I have quite the history with the webhead. I knew about Miles Morales, the Ultimate Spider-Man from recent years, but never thought much of him as Peter Parker was always my Spider-Man. This is why I was kind of sceptical at first when I heard Miles would be the main focus of this movie but I thought: “How bad can it be?”

I’m just going to come out and say it, this is the best Spider-Man movie ever made. Never before have I seen the essence of Spider-Man being captured so well on screen. But not only that, it also constantly feels like reading a comic book due to its artstyle. The visuals never overwhelm you but it’s always colourful and incredibly detailed. It also manages to implement a few varying art styles without them feeling out of place, like the Anime-looking Peni Parker or the by Loony Toones inspired Spider-Ham. I have seen this movie about 5 times now and I always notice something new, like last time it actually shows the word “bagel” for a few frames when someone gets hit on the head with, guess what, a bagel. It is a really stylish movie.

On a side-note, can we please stop writing Spider-Man as: spider man, spiderman, Spiderman or SpiderMan? Just, please add the dash.

This leads me to the writing because damn this movie is written incredibly well. It’s funny without overdoing the jokes, it has weight without being depressing, it’s just incredible. Miles is very relatable and you really feel his struggle. There are some incredibly powerful moments in here that give me goosebumps every time I watch it. I’ve heard some complaints that some of the music doesn’t really make some scenes have the impact that they might have had, but I would disagree. In my opinion the music elevetated every scene however I can see how some may dislike it.

As said, I really didn’t expect to say this when I first saw the trailer for this movie but. Miles Morales is an excellent stand-in for Peter Parker, making Spider-Man feel different but also very true to the original idea’s. He is not just a new Peter Parker, he really is an entirely different person, except for some things of course. He still is very intelligent. Every other character is charming too, and I just loved seeing a depressed Peter Parker having to take on the mantle of a teacher for Miles. The supporting characters like Gwen Stacy and Spider-Noir, but also Kingpin and Jefferson Davis were fun to look at and offered interesting interactions with the newbie.

Spider-Man: Into the Spiderverse is a celebration of the character while also introducing the new generation to what makes Spider-Man so special. Anyone can enjoy this movie, from die-hard fans to complete Spider-Man noobs, there is a Spiderverse waiting for you.