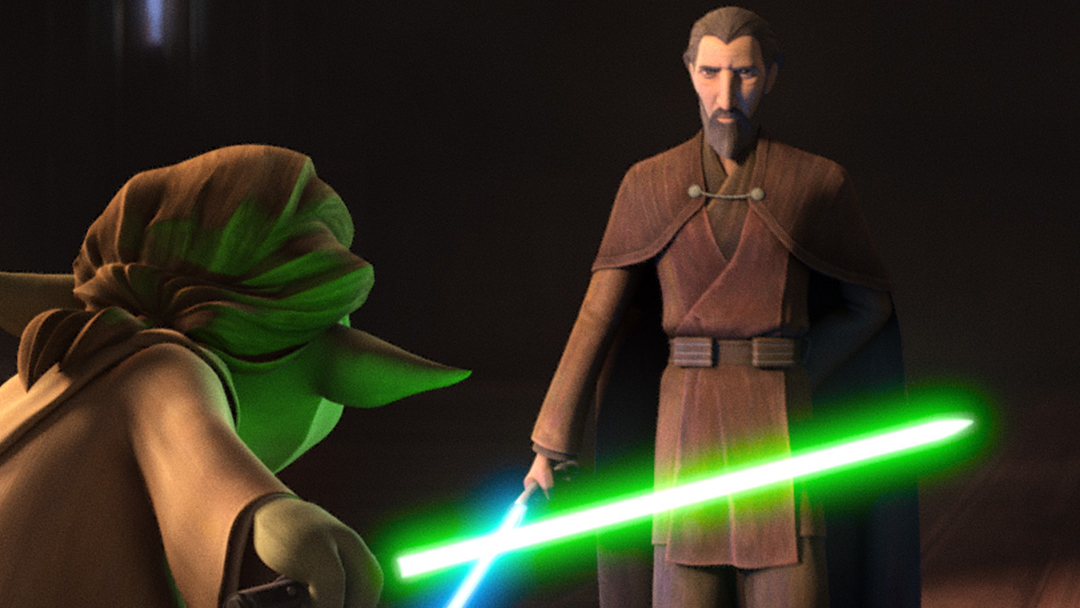 When it was first announced, Tales of the Jedi really intrigued me because of its format. Following different Jedi around to learn more about them just seemed like a great idea to me, so I’m happy to say I did really enjoy said format. These shorts very effectively tell their own stories and flow into each other as well. For future seasons it seems very possible that they can cover more Jedi, some in a one-off and some in more arc-like stories. It’s an exciting prospect that I hope Lucasfilm picks up on, and it also leads to stories about Jedi in other time-periods than the Clone Wars. As much as I love this era, I would also like to see more characters from other era’s get a piece of this. I think a season of shorts committed to The High Republic can go a long way in bringing more attention to that time-period and its amazing characters.

I think it’s kind of a given at this point that animated Star Wars is just absolutely gorgeous. The animation has come a long way since the earlier seasons of Clone Wars and the entire style of the show works just as well as it always has, now even with some updated models for Anakin, Obi-Wan and Ahsoka. More of the same good stuff there.

Now to go a bit more in-depth on the actual shorts we’ve gotten for Season 1, I like them. Or well, most of them. The 3 Dooku-centric stories offered a lovely amount of insight into his turn to the Dark Side and gave some much needed development that the movies (and Clone Wars, albeit that gave him more love) were lacking in. I know more of his fall is covered in the book “Jedi Lost” and these shorts put that a bit higher on my priority list. Dooku is a fascinating character and his relationship with the Jedi and Qui-Gon Jinn was great to see. These episodes felt perfect for this show by giving insight and depth into these characters. And there comes my biggest gripe.

The other 3 episodes followed the fan-favourite Ahsoka Tano. And don’t get me wrong, I love Ahsoka! She’s one of the best characters in The Clone Wars and is great in Rebels as well. I was also so happy with her appearance in The Mandalorian and the fact that the character is getting her own show somewhere next year (although, there’s a twisted feeling to it as well considering the allegations of transphobia towards live-action Ahsoka actress Rosario Dawson. Certainly something to keep in mind when engaging with that version of the character). My issue with these episodes though is related to a point I mentioned earlier. I just feel like these shorts could’ve gone towards different characters instead. While it’s neat to see Ahsoka’s homeworld and how her force-sensitivity showed itself, it wasn’t really all too exciting for me. Let me put it this way: I think if only one of these Ahsoka-centered stories were in this season, and the other two featured other Jedi I wouldn’t really mind as much.

Again, I’m not against seeing Ahsoka on her home-planet as an infant, or her training with Anakin in a way that connects to the rest of the shows very nicely OR some of what she’s doing between The Clone Wars and Rebels. All of these stories have merit and are cool to see, I’d just like them to be more spread out. Ahsoka’s an amazing character, but we can give her a bit of a breather as well. It’s also worth mentioning that apparently the “Resolve” once again retcons a lot from the previously published “Ahsoka” novel, including the removal of a queer character. While I can’t speak about retcons because I haven’t read the book yet, I am very unhappy to hear about that. Star Wars can get a little funky timeline-wise and some aspects of the book were apparently already changed in the final episodes of The Clone Wars, which is a slap in the face for how seriously these stories are taken in Canon. But the removal of representation like this is truly awful.

Some out-of-universe decisions leave a sour taste in my mouth when talking about Tales of the Jedi. It’s a show that truly has a lot of potential and I really hope that Lucasfilm continues this series with more stories like Dooku’s and more standalone experiences like I try to view the Ahsoka episodes as.