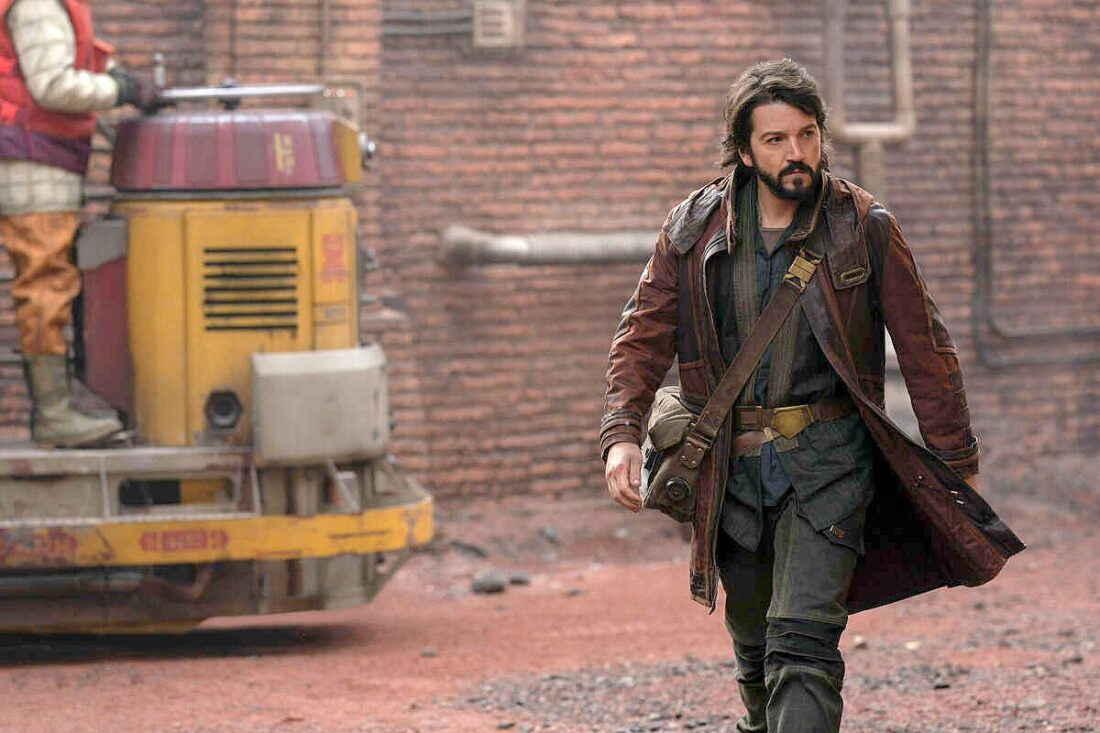 I already know that just like it was for a lot of people, the initial announcement of Andor was a bit confusing for me. And to be honest I don’t even really remember why anymore. Anyone who knows me can probably tell you that I will watch, read and play basically anything that comes out of the Star Wars universe so there was never a question about my excitement for, y’know, new stuff. I think the thing that felt confusing was kind of simple. Why Andor?

The beautiful thing about Andor is that really, it’s not even really about him as much as you’d expect. With Solo: A Star Wars Story you expect a story about Han Solo, right? Just like you do with The Book of Boba Fett, Obi-Wan Kenobi and The Mandalorian also managed to reach that status already if you ask me. Cassian Andor, like all these other characters has a story that is worth telling. If you ask me, it turned out better than any of the previously named projects.

But here’s the trick with Andor: it’s not just about Andor. This show feels much more like it tells the story of The Rebellion and Cassian (played by Diego Luna) happens to be the person through who we’re introduced to that world.

While this show features more stories than its title might lead you to believe, Cassian’s character is still very much the core of it. We of course already know him from 2016’s Rogue One: A Star Wars Story, where we saw him as one of the Alliance’s most devoted intelligence agents. His very introduction was already different from what you’d typically expect from a Star Wars hero, and Cassian introduced us to a darker side of the Rebellion than we’d gotten up until that point. Andor in Rogue One is nearly unrecognizable from the person we meet in this show, but in the opening moments we already see that darkness that we saw from him in 2016.

The most compelling part of Andor, for me at least, is that contrast. Cassian in this show is a far cry from how we see him in Rogue One and witnessing the moments that will eventually turn him into one of the Alliance’s most important assets is incredibly interesting to see. Andor became one of the most compelling characters in the franchise through this show for me, and knowing where he ends up made some of the events of the show even more bittersweet.

But as I said, the focus isn’t just on Cassian: it’s on the Rebellion as a whole as well. While the Alliance doesn’t even really exist yet at this point, there’s still some small amount of organized rebellion going on (which Cassian does get wrapped up in). Through this we’re introduced to a cast of mostly new, and a few returning characters. For example: Mon Mothma (Genevieve O’Reilly) is a key player here. She’s one of the few politicians in the Galactic Senate who is actively pushing against many of Palpatine’s decisions, while secretly being in league with Luthen Rael (Stellan Skarsgard). He’s also a rebel, mostly coordinating and supplying other rebel cells with information and equipment.

On the more antagonistic side of things we have characters like Syril Karn (Kyle Soller) and Dedra Meero (Denise Gough). And last but not least Cassian has a group of friends over on his home planet most prominently consisting of Bix Caleen (Adria Arjona), Brasso (Joplin Sibtain) and his adoptive mother Maarva (Fiona Shaw). Or how could I leave out the adorable droid B2EMO (voiced by Dave Chapman)? And that’s not even all of them. Personally, I was invested in every one of these characters and their stories. All of them felt very distinct and memorable, and with all of them being just ‘regular’ people in a galaxy filled with aliens that can move stuff with their mind, that just feels quite impressive. Getting invested in these characters was really easy due to how compellingly they’re all written and performed. Seriously, the acting here is really good.

Andor is filled with interesting plot-lines, stories and thought-provoking themes that are new to Star Wars. Maybe they aren’t earth-shattering in general, but to this specific franchise this show sticks out as incredibly unique in the way that it presents its characters, factions and themes. I only hope we’ll be seeing more of this type of storytelling in the franchise’s future. Because even though I’m greatly enjoying everything else we’ve gotten so far, cheering over a single line of dialogue rather than the appearance of a known character is also fun! It doesn’t have to be one or the other, the two can co-exist.

On a technical level Andor also just really stands out among a lot of Disney+’s offerings. Don’t get me wrong, I really enjoy the other Star Wars and Marvel shows, but you can kind of tell that Andor was made more on par with a movie than a show like The Book of Boba Fett. And again, I can not stress enough how that is not a dig towards the other shows, rather something that they can use as well in the future. The Volume is a great tool, but I don’t think it would’ve worked as well for Andor as it does for The Mandalorian, and that’s fine.

The score for this show is composed by Nicholas Britell, and it’s amazing! Just like the other Disney+ shows Andor has a pretty distinct musical vibe to it that is different from the Star Wars movies, while still very much feeling like it has a place in this universe. It works for every scene it’s in and just in general I quite like putting this score on.

Pacing-wise this show really takes its time. Every single piece of the puzzle gets put down very carefully and eventually leads to a bombastic and explosive climax. While the slow pace might be off-putting for some, I personally really enjoyed it. As I said earlier, characters are really well-realized and that’s where most of the time is spent outside of major story events. Getting to know the characters. Again, not for everyone, but as someone who really likes slow-burns, it was great.

There is honestly only one thing that kind of disappointed me in Andor. And honestly, it’s kind of a small thing anyway. I would’ve liked to see a few more aliens.

I understand why. Some of the subjects this show revolves around are actually quite serious, so putting a goofy-looking alien in the background of some scenes could possibly detract from what’s going on, and there are still a bunch of non-humans walking around in certain sections, but sometimes I felt like I was just seeing too many humans.

Again, by all accounts a very minor complaint. Andor is one of the most unique Star Wars projects I’ve ever watched and I truly hope we’ll get to see more projects like this over the next few years. Considering they’re currently filming Season 2, which will take us right to a few days before the events of Rogue One, I’d say we’ve got a lot left to enjoy in the coming years.