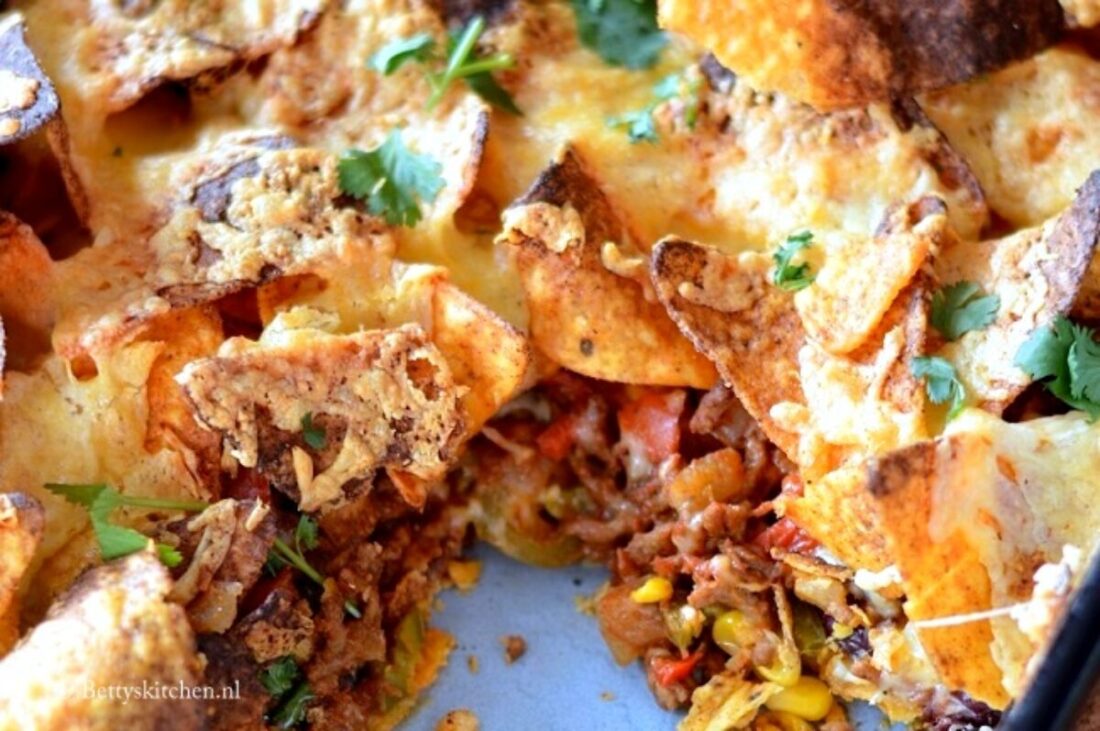 Last week a friend of mine came over to watch The Mandalorian, some Sword Art Online and play some videogames. While we were doing all that I decided it was time for a quick snack . Nacho’s!

What do you put in nacho’s?

I didn’t have the time or ingrediënts to make it a very special dish, but simple doesn’t equal bad, does it? For this plate I only needed 3 ingrediënts. That being:

Throw everything on a plate (from top to bottom), make sure to pre-heat the oven by the way and just put some small drips of the sauce all over the nacho’s. I did two layers, as we were two hungry teenagers, but that is not mandatory of course. Now, heat up the nacho’s in the oven for about 10 to 15 minutes and voilá!

They tasted great! The cheese was very well-spread (if I do say so myself) so every nacho had at least a little bit on it. The sauce also spreaded very well, so every bite had some extra taste. It might’ve been better if I also had some shredded cheddar but thatis for next time. Because of a lack of ingrediënts and time (and my general laziness,) there weren’t any dips, but that is also for next time.