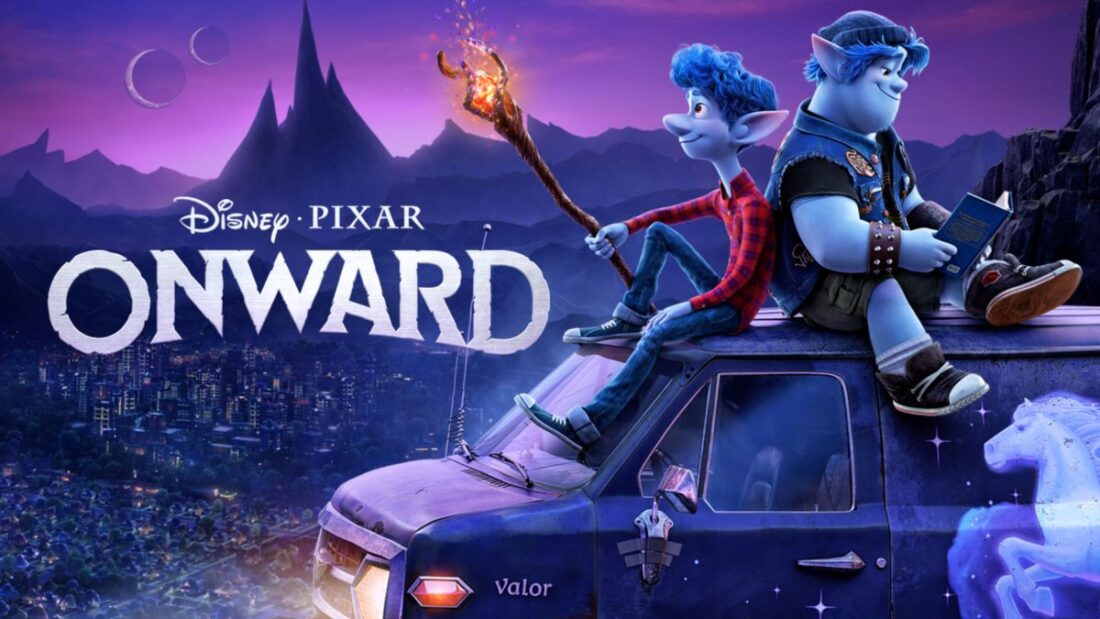 As you might have noticed if you know me a little, I like Dungeons and Dragons. Actually, I just really like fantasy in general. So when I heard the premise of Onward, where two brothers go on a quest to bring back their deceased father for a day, that intrigued me to say the least.

Onward takes place in a world that is kind of a mix between that of a Tabletop RPG and our current society. Although magic is still a thing, it has become obsolete due to all the technological advancements over the year. Always an interesting idea, if you’re looking to make a new campaign yourself. We follow two brothers, Ian and Barley, who get a chance to bring back their dead father for a day. Something goes wrong however, and the two embark on a quest to get another shot.

It’s kind of ironic to me how the Pixar film that incorporates magic as a very central part of its plot, is also the one movie kind of misses that Pixar-magic they rock so well in their other movies. Don’t get me wrong, the relationship between Ian and Barley was really well-executed, but I’d just wish there’d be a little more drama I guess? Some more depth would be nice.

And there seems to lie the most prominent problem I have with this film. There is a certain lack of depth that I expected of this type of story. Maybe it is because I compare it to my own D&D experiences too much, but the fact that the surface level is so incredibly strong makes me wish we got more.

When we move out of story and world-building territory however, I have a few more praises to address. First of all, the film looks great. You can really see how much Pixar’s style has evolved since, for example, the first Toy Story. I also want to applaud the actors for putting down some solid performances and bringing the characters to life in a convincing way.

While Onward might not be the most heart-warming or deep-going Pixar story so far, it still manages to set a memorable experience in stone. And it offers me some inspiration for my next D&D adventures!