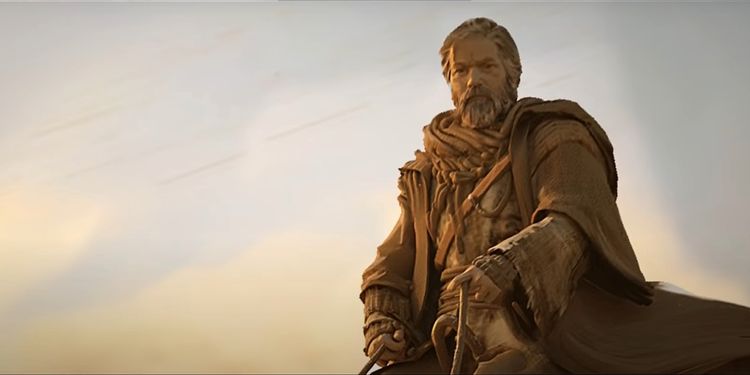 During yesterday’s Disney+ day event, we were shown a few interesting things. Mostly in the Marvel camp of things, for I am of the opinion that Star Wars was very lacking in terms of what they showed, but what we got was fun, so let’s take a look!

So yeah, I wasn’t the biggest fan of yesterday. While I think what we got was really cool, Star Wars especially just didn’t really get anything. Even though it was hyped up quite a bit, and with the Book of Boba Fett teaser releasing a few weeks in advance, it definitely seemed like they were building up towards more. Even the event itself had hints towards more to be shown, but alas.

We did finally get the first official look at the production of the Obi-Wan Kenobi show though! Even though the entire sizzle reel was leaked a day in advance, but that’s not really something to take into account in my opinion. In the reel we hear Ewan McGregor, who will reprise his role as Obi-Wan, and showrunner Deborah Chow, who previously directed Chapter 3 and 7 of The Mandalorian, explain a bit more on where we are currently with Kenobi, and how the state of the galaxy is. Ewan also acknowledges how excited he is to butt heads with Hayden Christensen again, who will come back to play Darth Vader. I’m SO incredibly stoked for this show, I can not wait to see what they’ve been cooking up for us! You can check out the sizzle reel if you have an active Disney+ account, or below!

Additionally for Star Wars, we got a nice little documentary on Boba Fett over the years, of course as build-up to The Book of Boba Fett, which is releasing December 29 this year.

Now, I dare to say the Marvel side of things got a lot more love than Star Wars did. While it stings, I’m also a really big Marvel fan, so at least that had some interesting stuff! Similarly to Star Wars, the footage here is officially to be viewed on Disney+, but I’ll link some videos for the teasers down bellow. We got our first looks at She-Hulk, Moon Knight and Ms. Marvel, with a small glimpse at Samuel L. Jackson as Nick Fury in the Secret Invasion show!

She-Hulk and Ms. Marvel both seem like a fun time, though She-Hulk definitely seems most intriguing to me, with Bruce Banner coming back (and might I add, without his sling) I’m curious to see where all of this will lead.

As for announcements, we got the official reveal of Agatha Harkness: House of Harkness, Echo (who will be revealed in Hawkeye), Marvel Zombies, and Spider-Man: Freshman Year. The latter I’m most excited about, since Spider-Man is my favorite superhero ever. It seems the show (which is animation by the way) will follow him in his first year of being Spider-Man, which means more of the MCU’s homemade costume! I love it and am very hyped to see where it will go. It was also revealed that the X-Men animated show from 1997 will be getting new episodes next year, which is pretty neat.

Disney+ day was for sure not what I hoped it would be, but I’m happy with what we got. What did you think of it? Do tell! I hope you enjoyed reading this and see you in the next one!