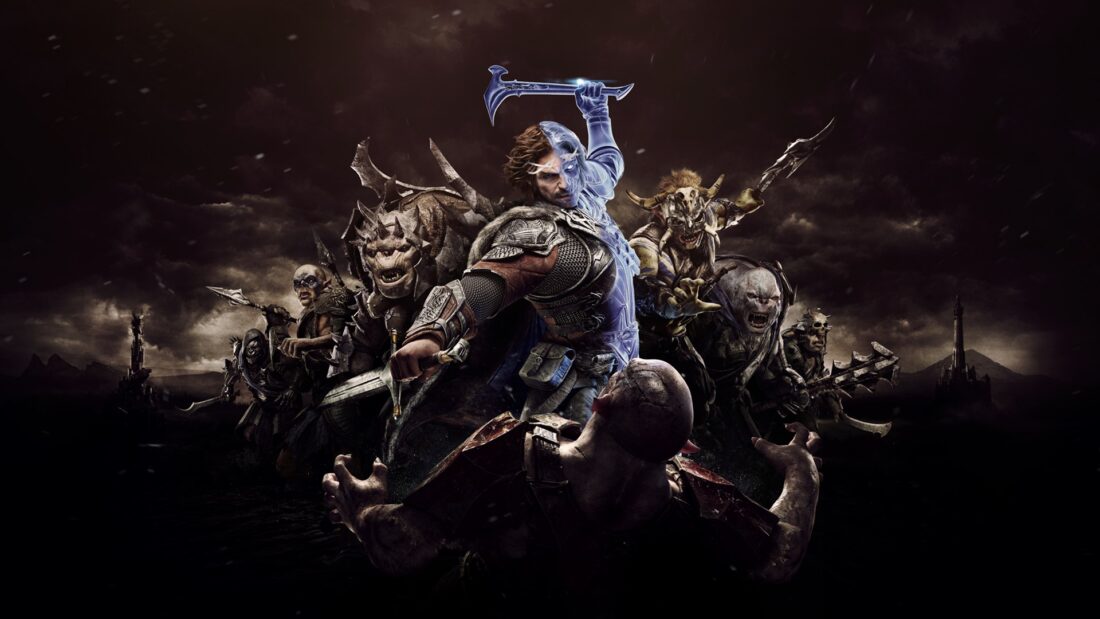 I love video games man, I love story driven games, I like RPG’s, I like JRPG’s hell, I will defend Lego games until the day I die. But you know what I also like? Movies. Books. If you give me a story driven or interactive medium I am bound to get some form of enjoyment out it. That’s why I have pretty much never said “this game is boring and is bad” out of me, except of course… when I play any sports game. So if your game, makes me question if I’m actually enjoying it, that’s dangerous terrain. And Middle Earth Shadow of War is that kind of game.

Shadow of War is a conflicting game. The general premise of building an army of Orcs for you rampage trough Mordor is very interesting and was the main selling point of it. And the first time it’s really cool. That is also the last time it feels as cool as you wanted it too because after this the game just grinds to a halt. It starts a bunch of quests and tells you to go dick around in the Sauron occupied area’s. It’s not exactly clear if they want you to free all the area’s first or do the main story-quests. It makes the world and story feel disconnected to each other which leads to it feeling like two separate things. And then you also have the main character.

The main character of this game is simply named “Not Aragorn”. He’s kind of what you’ll get if you make Aragorn in Skyrim and give him a ring of power. Another change from the books I dislike is the fact that Shelob, the big spider, is basically just edgy Galadriel. Now I would say I’m a big Lord of the Rings fan, but compared to what some of the scholars on the internet know I’m only in second grade, so maybe for some of them it makes sense. For me however it felt like a big nono.

The story actually starts out pretty interesting with this city being attacked and you having to murder all of the Orc captains but all is in vein. The city will be taken and becomes Minas Morgul. Homebase of the Nazgul. This and the ending of the game are probably the only parts where you’ll actually feel a bit invested in the story. But the bossfights with those Nazgul are actually really cool. They taunt you and are some of the more threatening enemies in the game. All in all the story has some interesting stuff, and really cool moments, but the characters usually take away any sort of emotional attachment to it.

But enough about the story, let’s talk gameplay. The combat is ok. It’s not great, but also definitely not bad. Most of the time you are just pressing square and triangle to block, like the Arkham games. This is fortunately switched up a bit with a few more enemy types that make you rethink what approach to take. You have some really extensive skilltrees that allow you to build Talion (his actual name) to your own style. Almost every ability holds 2 or 3 upgrades, which you can purchase and switch between, if you have the skillpoints. Customisation is definitely available and I got most of my enjoyment out of looking what orcs strengths and weaknesses were to build Talion as the perfect counter.

I also really like the nemesis system. It’s kind of the entire selling point of this game and you can see that it received a lot of effort. The orcs are pretty awesome. They are pretty much all cocky bastards and have some small characterization that makes them interesting. I actually really enjoyed looking for these guys and build Talion to counter their strengths and exploit their weaknesses it’s one of my favourite parts of the game. The big problem however is that it does get a bit stale and when you think the game is over it’s actually like: *PSYCHE*.

The game just pretty much resets and let’s you recapture every fortress you’ve worked so hard on conquering. I was really annoyed with this but I decided to go trough with it because I already got so far. It was not fun. Most of the new Warchiefs defending the fortresses are just crazy overleveled and when you have to defend your keep the enemy captains are just 5 levels above you. This made the game incredibly frustrating. This is also when I learned that this all had to do with some lootbox controversy that I hadn’t heard of yet. I was pretty done with this game and when I finally finished it I felt exactly like the last scene, where Talion takes of his armour and drops his sword. Like I could finally put down the controller.

The combat is fun and customisable, the nemesis system works pretty well and there are some really cool Story momens. The ending of the game does leave a poor taste however, due to a very grindy endgame and a story that is not nearly as compelling as any of Tolkien’s books.