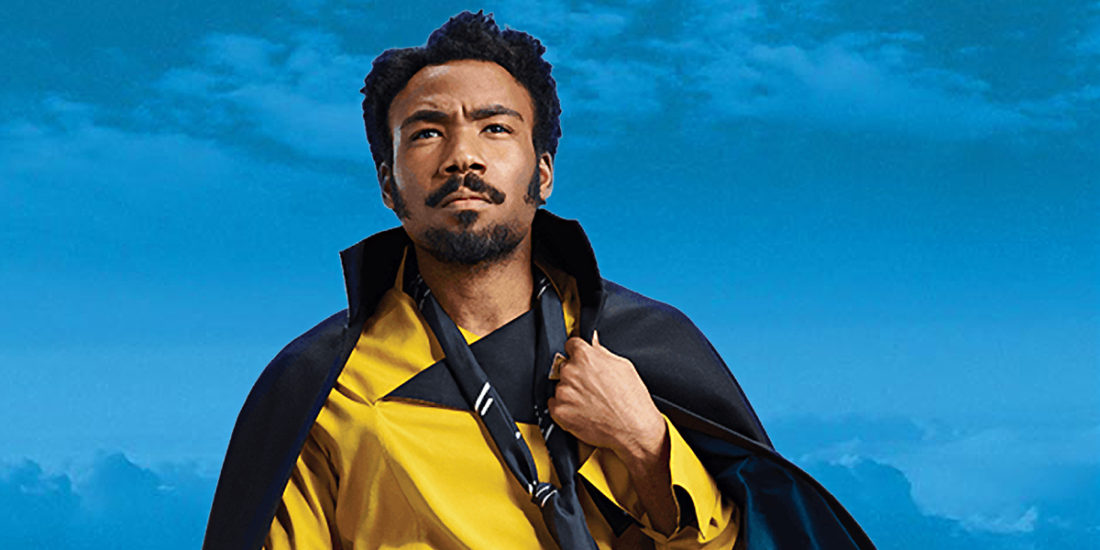 Reports from Kessel Run Transmissions, who previously broke the news of the recently announced Bad Batch animated show, revealed that Donald Glover had signed or is close to signing to return as Lando Calrissian in an upcoming Star Wars project.

As always, these kinds of rumours have to be taken with a reasonable grain of salt. But if this proves true, it could open up a lot of possibilties for the future of the saga. In 2018’s Solo: A Star Wars Story we were shown the meeting between Han Solo and Lando Calrissian, simultaniously setting up their ongoing rivalry. Next to that we also saw what occupied Lando in his free time. That being recording his personal adventures, kind of like a vlogger, called “The Calrissian Chronicles”. Now, it is not in any way confirmed if his role will be in a Lando-centered series. Maybe he will appear in the upcoming Cassian Andor series.

There are a lot of possibilities. With Billy Dee Williams himself having hinted that his time as the charming scoundrel isn’t over yet. With multiple reports stating BDW might also be involved in whatever project is being considered. This could make for some fun idea’s, like the Lando from last year’s “The Rise of Skywalker” reciting his Calrissian Chronicles while we see them play out with Donald Glover. There are a lot of possibilities. With the hint of Lando going on some adventure of sorts with Jannah, who is also hinted to be his long lost daughter.

If these leaks prove to indeed be correct, it could open up a lot of opportunity’s for world-building and showing us what Lando had been up to during his younger years. But for now, let’s wait for an official confirmation!