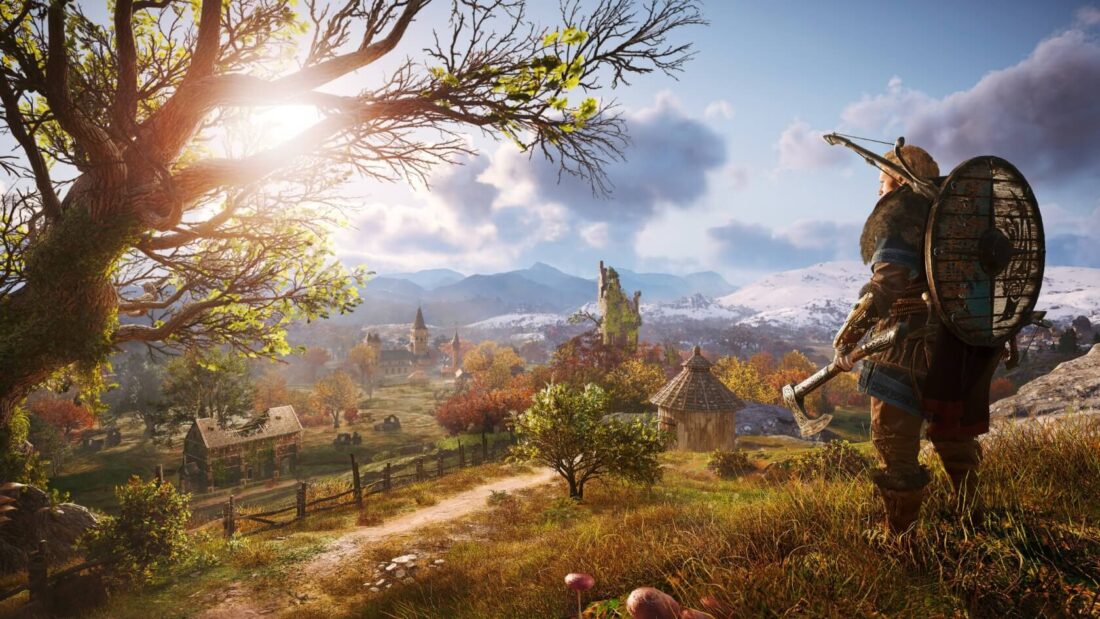 My love for Assassin’s Creed started at quite a young age. I was told all these amazing stories from someone when we had a break at school, and one day I got to play a bit of Unity at his house. It was incredibly engaging to me, so when I got my hand on a PS3 later on I played all of the games in the series. This continued on the PS4. I really loved the franchise. I played everything up until AC: Origins, but then something snapped.

Now I’m sure some people will think that I’m about to dunk on everyone who likes the new approach to the franchise but I’m not. While I do reckon this discussion will never end, I wanted to talk about it for no other reason than that I felt like it. Of course I have zero issue with anyone who likes the approach of these newer games. I just personally have some problems with it.

So this whole thing kind of already started with Origins. When it was initially revealed I was hyped beyond believe. I love Ancient Egypt and it had always been a period I would’ve loved to run around in like I did in Venice or Paris in previous installments of the franchise. I picked the game up on release and was completely enthralled by the world and how beautiful it was. I also really liked the new protagonist, Bayek. I tolerated the new, more RPG-like, approach to combat (which only after I played it a few years after, I figured was heavily inspired by The Witcher III) and your gear. It wasn’t that distracting from the story itself. After a while of playing though, I just got really bored. I put it away and eventually sold it, never finishing it. I then rebought the game about a year ago. I did a few side-quests and then figured I got the hang of it again, so I was ready to continue the story. Doing that mission, I fought a boss.

Then the game was finished.

And this is one of my problems with the new direction of the franchise. Too much focus on the numbers. Everything now, is about your level. The level of your gear, your character and the enemies. Unity and Syndicate touched upon this a little bit as well, but to me it never was that obvious. The combat in the original games was simple and easy, sure. I get that challenge is also important for some in a videogame. It’s just that progression in these games seems to come so damn slow. Where in previous games the story seemed constantly on the move, in these new ones it always grinded to a halt suddenly because I wasn’t a high enough level to tackle a mission. Again, Unity and Syndicate did it too, but it was way simpler and not as time-consuming in the slightest. To me, the games became boring. A chore, almost.

Then my other problem. Which is that I want to play an Assassin’s Creed game. Not a game that has characters related to the Brotherhood in it. While I can excuse Origins in the fact that it very deliberately wants to tell, you know, the origin of the Assassins, when I hear Odyssey takes place 200 years before that, I do wonder why it’s still called Assassin’s Creed.

Now I might be a little mean on Odyssey considering I haven’t played it and thus can’t really have an appropriate opinion on it, but I have played Valhalla. At least a little bit. I picked it up when it was on sale for like 25€, played for about 15 hours and then shelved it. Partially again because it was boring and progression went too slow, but mostly because it just had barely anything to do with the Assassins. There are 2 that kind of hang around your base and you can talk to, but you yourself are not playing as an assassin. You can do exactly what they can do, and you’re a Viking.

I do find it quite a shame that I got bored of it so quickly. The plot itself is pretty intriguing, but shallow gameplay that doesn’t really fit the series, paired with an underlying annoyance that I’m playing an Assassin’s Creed game yet barely interact with them, I’d rather play something else. That isn’t to say I will never finish it though, since as an RPG, it’s actually a pretty decent game so far.

So yeah, that was kind of my ramble about Assassin’s Creed I guess. I’d like to just say that I’m not calling them bad games, they’re just not my preferred style of AC games. And while I might sound pretty harsh on Valhalla, I always try to tell myself and others to never fully judge something until you’ve fully experienced it. I definitely will one day, and when that happens I’ll return to talk about my verdict. I hope this wasn’t too negative, I tried to keep it as neutral as possible, since I don’t really like being negative myself.

Have a great day and I hope to see you soon!