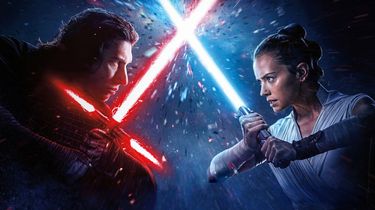 I kind of hate it.
I kind of like it.

These are the 2 responses I give when someone asks me what I think of this one. I hate it, but I also kind of love it…

It is weird. I went to this movie without any high expectations, but I trusted that JJ would take the criticism on The Force Awakens, and make for a less “safe” feeling Star Wars movie. And in a way, he definitly did that. The problem is just that it still doesn’t feel very mind-blowing. I never really had my mouth fall open because of what was happening on screen.

I see that a lot of people have a problem with the first chunk of the movie feeling very all-over-the-place, but I don’t really feel like it is that big of a deal. Though there is still stuff in relation to the earlier installment in the franchise. Like it or not, The Last Jedi brought some new themes into Star Wars that some liked and some didn’t. It is just funny how hard they have tried to make the people that didn’t like TLJ happy. “Rey is actually a Palpatine! Oh yeah, and that thing that Holdo did that you thought was stupid? Well it was actually a one in a million shot so don’t worry.”

Still, I like that they brought Palpatine back for this! He is one of my favourite characters and it ties the saga together quite nice. I didn’t really mind the fact that it wasn’t explained exactly how he returned, until the novelization came out and revealed he was a clone. Why can’t you keep a mystery for once? I mean, we still don’t know what species Yoda is…

For me the movie really picks up pace once we get to the ruins of the second Death Star. I really don’t have anything to say about it other than that I love the scene with Han and Kylo. I first wanted Anakin to turn Kylo but now this seems like the only way they could’ve pulled it off right. Props to this one.

While I am on the topic of Skywalkers, the Luke scene on Ahch-To was awesome. Just awesome. Seeing him lift the X-wing out of the water still gives me chills and really shows how much he has grown. And I even liked him in The Last Jedi!

(BTW the Force-Skype fight scene on Kijimi was just awesome and Zorii Bliss and Babu Frik are great.)

Now, the climax of the movie. The part which I am the most torn about. Because on one side, it is just awesome! Ben Solo is just a mix from Anakin and Han which works great! Rey coming to face the Emperor, it just is great. Just when Palpatine heals himself and throws Ben down the pit, something itchy comes. Rey calls out for the Jedi of the past to help her. And there we go. We hear all our favourite characters! Obi-Wan, Yoda even Mace Windu and Ahsoka, and yes. Anakin Skywalker! But… as I said, we only hear them… just imagine the cheers, and jaws on the floor, when we would see all our favourite Jedi appear. Standing around her. Encouraging her. It would be the best thing ever. But no… We only hear them. Shame, but at least we get some recognition for them.

But then. You know how I said my mouth didn’t fall open ONCE during this movie? I lied. Because when Palpatine and Rey said: “I am all the Sith, And I am all the Jedi” my mouth fell so wide open that I just let a loud gasp out. And not that I like it, but I just really hate it. I mean, it is just literally Endgame! Which bafoon over there at Disney/Lucasfilm came up that we should redo Endgame in this movie? It really baffles me and still makes me angry to this day.

Other than that, I kinda like this movie. There were a lot of things I would have done differently, dumb decisions and it just wasn’t as mind blowing as I hoped it would, but it still made a visually impressive and story-wise satsfying ending to the Skywalker Saga.

I’m still torn about this movie even after so long since it released, but I can safely say that it definitly isn’t my favourite. It has good moments but also misses a lot of opportunities to make it even better.