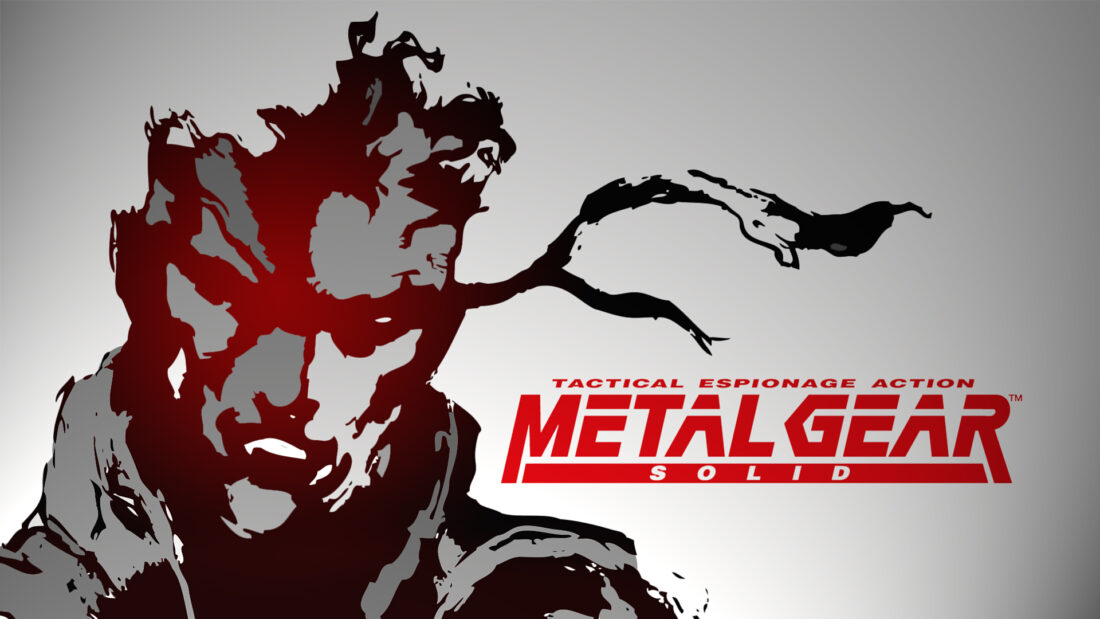 Kept you waiting, huh? The way I’m playing the Metal Gear games right now is quite weird. I’ve owned The Phantom Pain for a few years and haven’t played it fully yet. Instead, about a week ago I found out that Metal Gear Solid is actually playable on PC. Technically the third game in the Metal Gear franchise, I decided to pick it up. I think it’s no secret that this game is a classic, so what’d I think of it, and does it hold up to this day?

If anything about a game can be timeless, I think it’s the story. And I dare to say that the story of Metal Gear Solid is most definitely that. I’ll be mentioning a few spoilers, but I reckon a lot of it is already kind of general knowledge by now, considering how iconic this game is.

You play as Solid Snake. A soldier who retired to Alaska, but now is pulled out by an old friend to complete a special mission. On the island of Shadow Moses, a terrorist organization has taken over control of a very advanced weapon, that was being built by the American government. Snake is dispatched to save some high-ranking individuals, but things soon turn awry. A gripping tale ensues, where Snake meets new friends, foes and discovers secrets from old comrades. This game’s story is kind of like a rollercoaster. There are so many twists and turns. Even when you think you’ve seen it all, it turns out the game had been lying to you the whole time. It continuously blows your mind, without it feeling pulled out of nowhere. Almost everything is set up quite meticulously. Really all I can think of that I didn’t really like was something after the final battle with the main villain. That final battle was great, but it’s a little cheapened by what happens afterwards. That’s really the only thing that really bothered me about the narrative though.

Were there some things in there that were a little outdated? Yeah, and I imagine the differences in region also have to do with that. Fortunately enough most of these things aren’t very substantial to the story at all, so you can kind of just ignore them, but I felt like it was still worth it to point that out.

What actually kind of surprised me was how personal this game felt. Sure, there’s all this military stuff with secrets within secrets, you can’t trust anyone, all that stuff, but probably the most gripping moments were incredibly personal. All of the major antagonists have some sort of personal connection to Solid Snake through their previous relation to Big Boss (who Snake is a clone of) but outside of that also seem to represent a part of Snake that he accepts or leaves behind when you defeat them. You’re playing as a lonely, broken man, but through the experiences of interacting with others, hearing their stories, learning about their past and knowing their personalities, Snake reconnects with his own humanity and experiences growth.

A lot is happening in this game and it can definitely become a lot at a certain point. Once you clear up the fog though, it is clear to me that this is a story about a soldier who only lives for one thing, becoming something more. Through his interactions with the people he meets, be they good or bad, it all leads to his decision to finally live life the way he wants to. Where later games are going to take this I still have to see for myself. The story of Metal Gear Solid was incredibly impactful and entertaining, and ended in a very satisfying way. So yes, I can see why everyone loves it so much, and I now count myself as one of those people.

How does it play?

So the story is all good. It aged pretty solidly and holds up to this day, but what about the gameplay? If I’m going to be completely honest? This Playstation 1 game feels better to play than some games on the current generation of consoles. The controls are simple and precise, and the area’s are perfectly attuned to what Snake can do. While I mentioned I was playing the PC version, I did just play it with a controller. Except for a certain point, where I was forced to switch the keyboard, but you’re gonna want to figure that out for yourself, it’s pretty mind blowing.

The game actually features a few moments like that, where it offers you some opportunities to really think out of the box. Some encounters that you’re having a hard time with can actually be solved a lot more easily as soon as you activate a certain tool. It’s astounding how much this game lets you experiment with things. I can’t believe how much thought went into all of it. It’s all like one big puzzle. There are a few times where the combat is a bit janky due to the aiming not being the best, but I can mostly excuse that. The game came out 24 years ago after all, and for what it does right, this is really just a minor complaint. In addition this is a stealth game, so fighting shouldn’t even really be one of the most viable options of getting through the island. The game is about 10 hours long, and it’s incredible to me how much freedom you have to use your items and skills in creative ways.

All of that sounds super serious of course, but I can also really appreciate the lightheartedness that is present around the whole game. The goofy tricks you can do while sneaking around, or silly dialogue between characters. The game is fun. It’s that simple. It’s a fun game.

So I think it’s pretty clear that I think this game holds up great. Metal Gear Solid is an incredible game that combines a gripping, personal story with gameplay that is so solid (pun intended, maybe) it’s better than some games I’m playing that came out in more recent years. It is a technical and pop culture achievement and I’m incredibly happy I’ve finally taken the time to go through it. It was more than worth it.